A Century Of Swing


Upcoming A Century Of Swing shows

Join the UK’s hardest swinging band Down for the Count All-Stars for “one hellova celebration of vintage music” (TimeOut London) as they celebrate A Century of Swing.

Down for the Count All-Stars are a mini big band who bring the sounds of the Swing Era back to life, with an electrifying show full of incredible energy and musicianship. Described as “a breath of fresh air on the swing scene” they are now regularly found at jazz clubs in the UK and abroad (Ronnie Scott’s London, Le Caveau de la Huchette Paris), at festivals including London Jazz Festival, and on BBC Radio.

Down for the Count All-Stars' new show celebrates A Century of Swing. The band take you on a whistle-stop tour of the best swing music, tracing the origins of the music from 1920s America through to the genre’s heyday in the 30s, 40s and 50s. The band will also perform their own original arrangements of classic jazz standards, featured on their new album and bringing swing music right up to date.

You’ll hear instrumental songs from the likes of Duke Ellington and Glenn Miller and vocal classics from singers such as Nat ‘King’ Cole and Ella Fitzgerald, all presented with Down for the Count’s own unmistakable brand of wit and humour.

""A breath of fresh air on the swing scene""

""One helluva celebration of vintage music"" 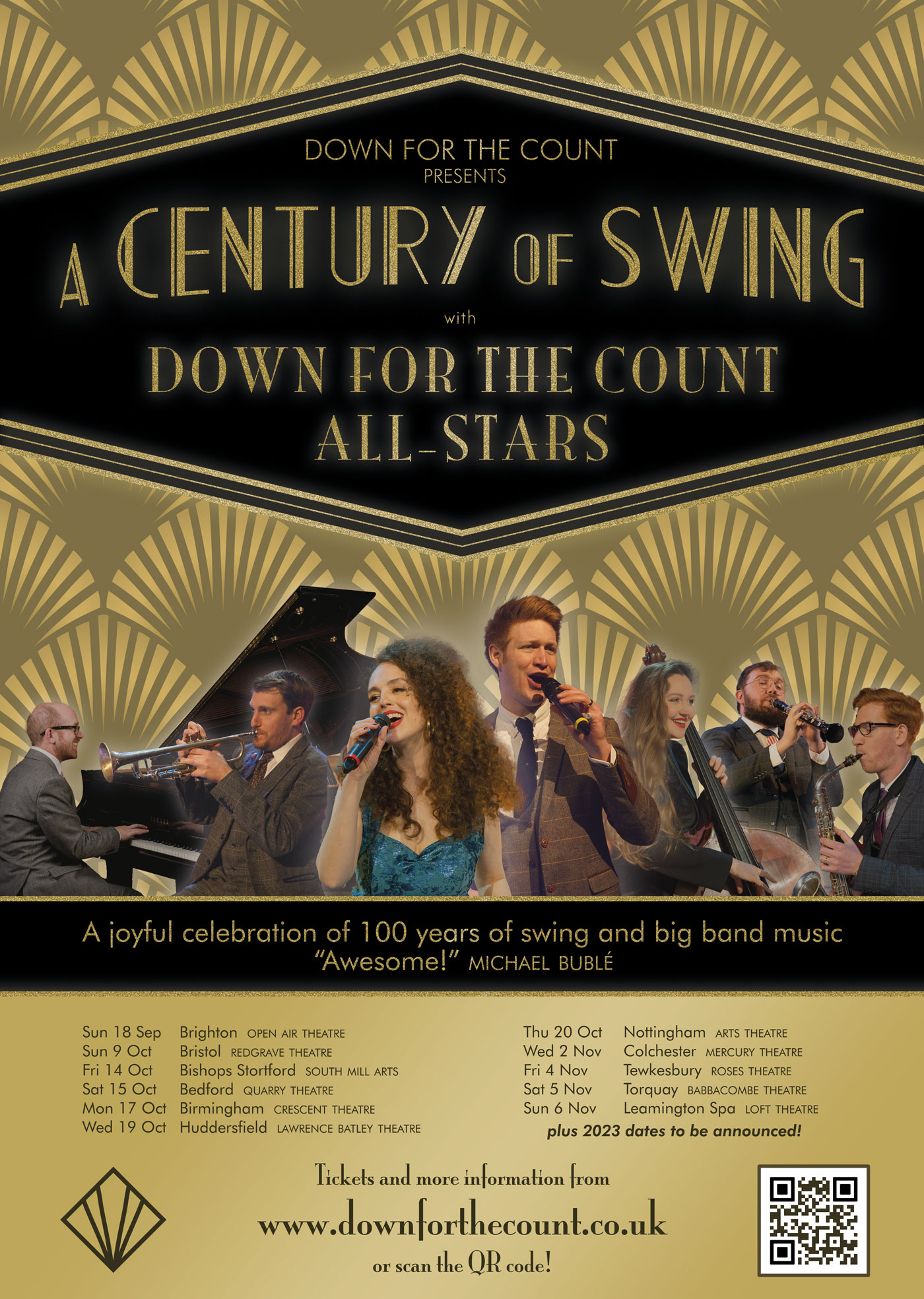 We'll contact you once or twice a month to let you know about new opportunities to see our bands live.