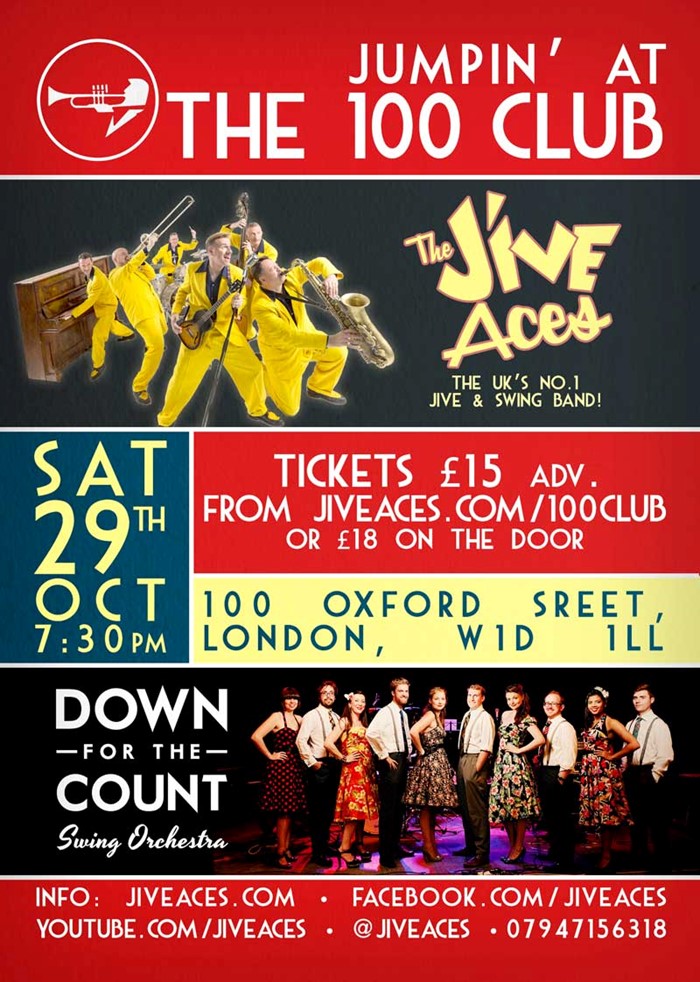 We've joined aces with the fabulous Jive Aces for a fantastic dance night at legendary London music venue The 100 Club.

The 100 Club has played host to Benny Goodman, The Sex Pistols, The Rolling Stones - and now Down for the Count!

We'll be appearing alongside The Jive Aces - one of the country's most popular swing and jive bands, who tour throughout the UK and internationally and have also appeared on Britain's Got Talent.

This is a night you won't want to miss, so get your tickets today!