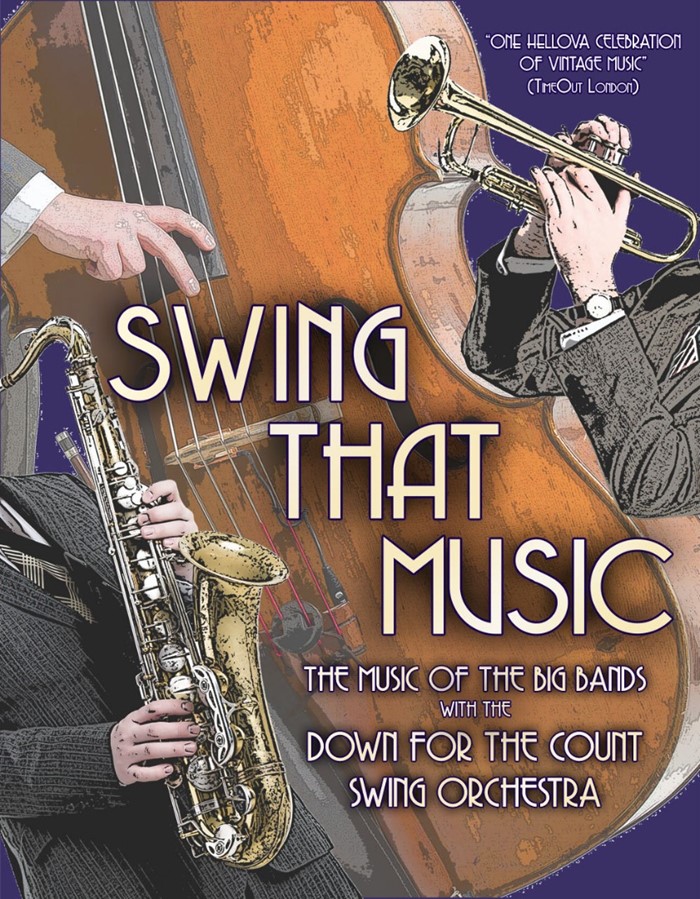 This event is sold out.

We're back at Pizza Express Soho with the Swing That Music tour!

Join the Down for the Count Swing Orchestra for “one hellova celebration of vintage music” (TimeOut London) – it’s time to Swing That Music!

Down for the Count are a mini big band with an electrifying show full of incredible energy and musicianship. Described as “a breath of fresh air on the swing scene” they are now regularly found at jazz clubs in the UK and abroad (Ronnie Scott’s London, Le Caveau de la Huchette Paris), at festivals including Twinwood Festival and London Jazz Festival, and on BBC Radio.

The band recreate classic tunes from the Swing Era, but this is no mere nostalgia trip – the band perform each song in their own unmistakeable style, breathing new life into the best vintage music. Combine that with the band’s top class instrumental solos, sublime vocal performances, and irresistible humour and joie de vivre, and you get a show that will leave you feeling uplifted and wanting more.

Their new album Swing That Music features the music of the big bands of the 1930s and 1940s - expect to hear songs from the likes of Duke Ellington, Benny Goodman, Count Basie and Glenn Miller, and classics from singers such as Louis Armstrong, Ella Fitzgerald and Nat ‘King’ Cole.